This year marks 53 years from Brian's first St. Patrick's Day show to 2019. There's a lot of music background and history that has gone into the ensuing years, and the power and attraction of Irish folk music permeates Brian Clancy's musical career.

Brian Clancy brings a presence to every stage and venue that reveals his deep love of music and special relationship with Irish music. His very first solo appearance was in Denver, Colorado, playing Irish ballads on St. Patrick's Day for a college audience. He was sixteen years old.

He has appeared as a singer and guitarist in many different bands, often teamed with his twin brother, Jim Clancy, a singer and banjo player in his own right. As a solo player Brian has been an opening act for Neil Young, for Solas with Henry the Fiddler, and has appeared in Irish Pubs throughout the West, mainly in Northern California and the Rocky Mountains. He currently plays a limited schedule as he enjoys retirement in Colorado, along with camping, fishing and other outdoor adventures.

As a solo performer, Brian is in demand for his quick wit and banter with all kinds of audiences. It never takes long for him to get even the hardest of patron to laugh and sing and clap. Audiences relish the eventful evening where someone is caught not paying attention to song instructions. It's all in good fun.

Henry started life as Henry Tarrson in the Chicago suburb of Evanston, Illinois. His musical career started with group piano studies at age 7 in the Evanston public schools. He took up the violin at age 9. Henry studied and played classical music in Evanston's grade school, high school and all-city orchestras.

In the past four decades Henry has earned a reputation as A Minstrel in Our Time. In his travels Henry has learned 30 styles of music from around the world. These include Western Swing, Old Timey, Bluegrass, Blues, Folk, Country, Rock, Pop, Movies and Broadway, Gypsy/Hungarian, Spanish/Mexican/Latin and many of the European ethnic styles. Henry has been a frequent performer at festivals throughout North America and on the National Public Radio program, Folk Festival USA. He has been a frequent winner and special entertainer in many fiddling contests across America.

In 1976, Henry was honored as one of the United States' top 20 fiddle players at the National Oldtime Fiddlers' Contest held in Weiser, Idaho. He has also won awards at the Union Grove Fiddlers' Convention, Union Grove, North Carolina and the Jazz and Heritage Festival, New Orleans, Louisiana.

Now semi-retired, Henry still spends time on the road, and still enjoys fiddle contests in warmer climates during the winter months, and has won a bevy of awards around the country in recent years.

Greg promises a full bio soon. He's been a member of the band for fifteen years, and currently plays bass and sings with Brian in most of his performances, particularly in Colorado Springs at Jack Quinn Irish Alehouse & Pub. He's also active in a number of other bands, playing everything from piano to horns.

Brendan has been playing with the band since he was sixteen years old. He's playing his twentieth year with the band at Fadó Irish Pub's St. Patrick's Day celebration in 2019. While he isn't available for performances as much as in the past, his vocals and guitar are a signature part of the band's discography and appeal.

We enjoy our work 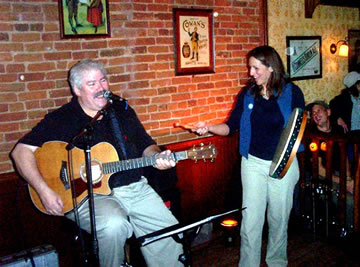 Getting the audience into the Irish music is a big part of every performance, because this music's intention is to spark the hearts of our guests to be a true part of each song. 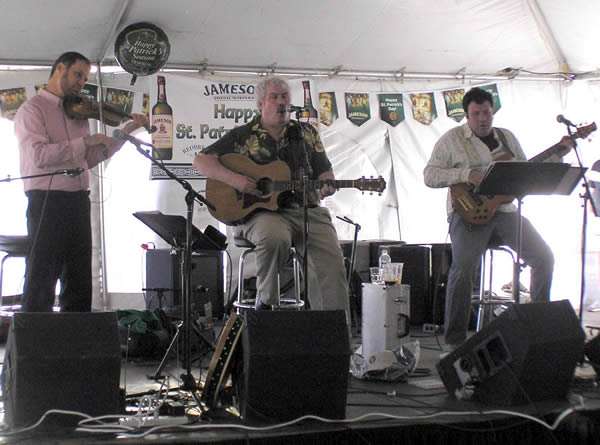